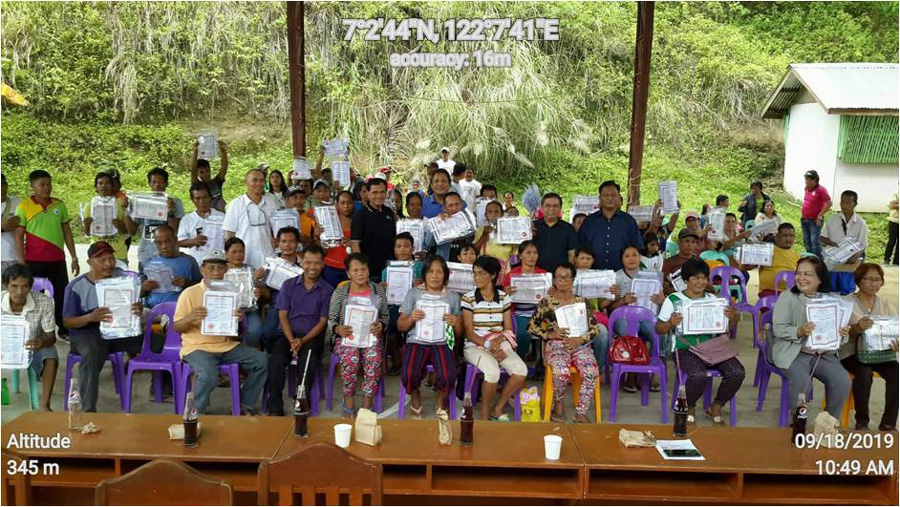 The Department of Environment and Natural Resources (DENR)ZamboangaPensinsulathru the Community Environment and Natural Resources Office (CENRO) of Zamboanga City, in coordination with the office of the Register of Deeds and local government unit officials awarded186 land titles to qualified recipients from Barangay Tolosa under the HandogTitulo Program.

Vice Mayor Agan congratulated the beneficiares and told them to take care of their land titles as this can be used as collaterals in times of need.

CENRO Montebon, on the other hand, invited others who still do not have land titles to visit his office to apply as the office provides free land survey services to qualified applicants.

"Please feel free to visit our office for your titling needs or concerns,"CENRO Montebon said.

The beneficiaries were all happy and contented for finally receiving the titles to their lands.

A total of 186 land titles were awarded consisting of 90 Agricultural Patents and 96 Residential Free Patents.

The conduct of the HandogTitulo Program is in line with the mandate of the DENR to administer, manage and dispose public lands in favor of qualified beneficiaries pursuant to Act No. 218 dated September 2, 1901 entitled "An Act Creating the Bureau of Public Lands." It was also held in celebration of the 118th anniversary of the Land Management Bureau. (rt)