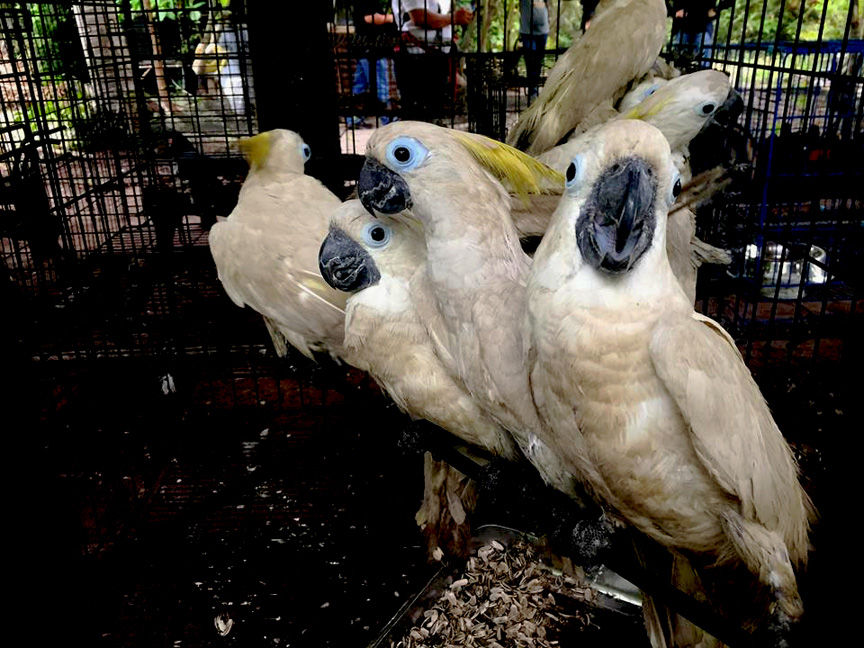 Found in several areas in Papua New Guinea and Indonesia, the sulfur-crested cockatoo (Cacatua galerita) has the second largest number of smuggled wildlife that were confiscated during the buy-bust operation conducted by the Philippine Operations Group on Ivory and Illegal Wildlife or Task Force POGI, a composite team of wildlife enforcers from the DENR – Biodiversity Management Bureau (BMB), the National Bureau of Investigation (NBI), and Philippine National Police (PNP), in cooperation with the Armed Forces of the Philippines. Listed in the Convention on International Trade in Endangered Species of Wild Fauna and Flora (CITES), the 64 heads of the sulfur-crested cockatoo are “not necessarily threatened with extinction, but trading them must be controlled in order to avoid utilization incompatible with their survival.” ###