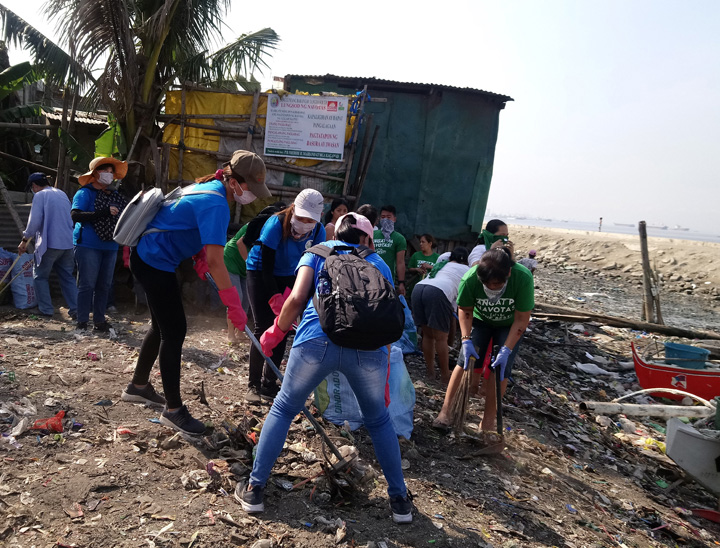 Personnel of the Financial Management Service of the Department of Environment and Natural Resources, together with the members of the community, share in the effort to clean up a portion of the coastal area in in Barangay Tangos South in Navotas City during the simultaneous launch of the “Battle for the Esteros” on Sunday, March 31, 2019. A total of 2,400 kilograms of garbage in 200 sacks were collected in this portion of Barangay Tangos South alone. The coastal area is near the Tangos River, which is the connecting waterway of the Malabon-Navotas River system, which unloads the flow of water directly to Manila Bay at the northern end. The “Battle for Esteros” is part of the government effort to rehabilitate the Manila Bay in accordance with the order of President Rodrigo Roa Duterte. ###