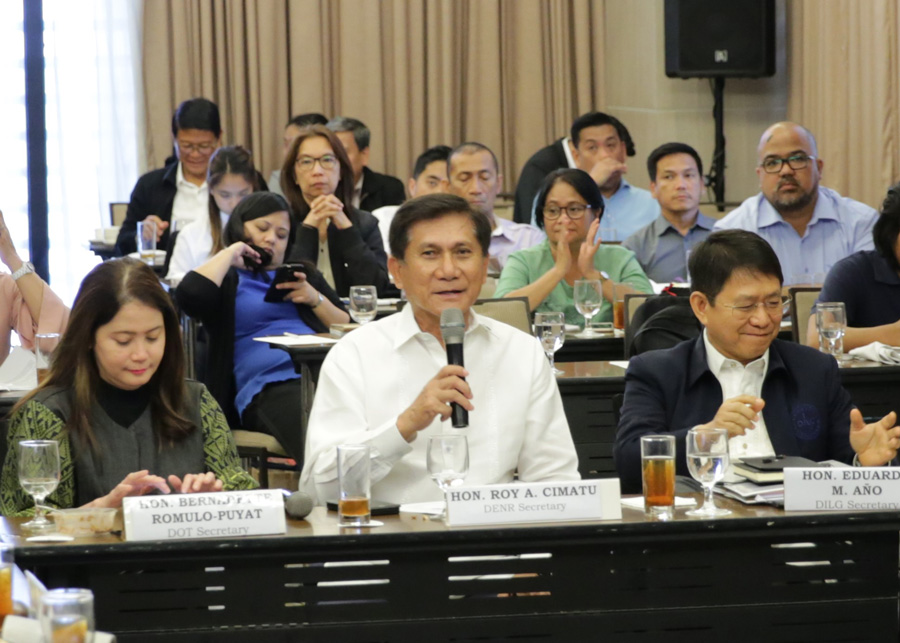 Environment Secretary Roy A. Cimatu (center) assures the public of continuing rehabilitation of the Boracay Island in Malay, Aklandespite the on-going massive cleanup of Manila Bay. Cimatu, who chairs both the Boracayand Manila Bay Interagency Task Forces, made the assurance on Thursday (February 28, 2019) following task force meeting held in Taguig City. Also in attendance are Tourism Secretary Berna Romulo-Puyat(left) and Interior and Local Government Secretary Eduardo Año (right), both vice-chairs of BIATF.Cimatu also stressed the continued action against those found violating ordinances and regulations within the discipline zones, especially establishments that operate beyond the easement areas along the beach and roads. ###