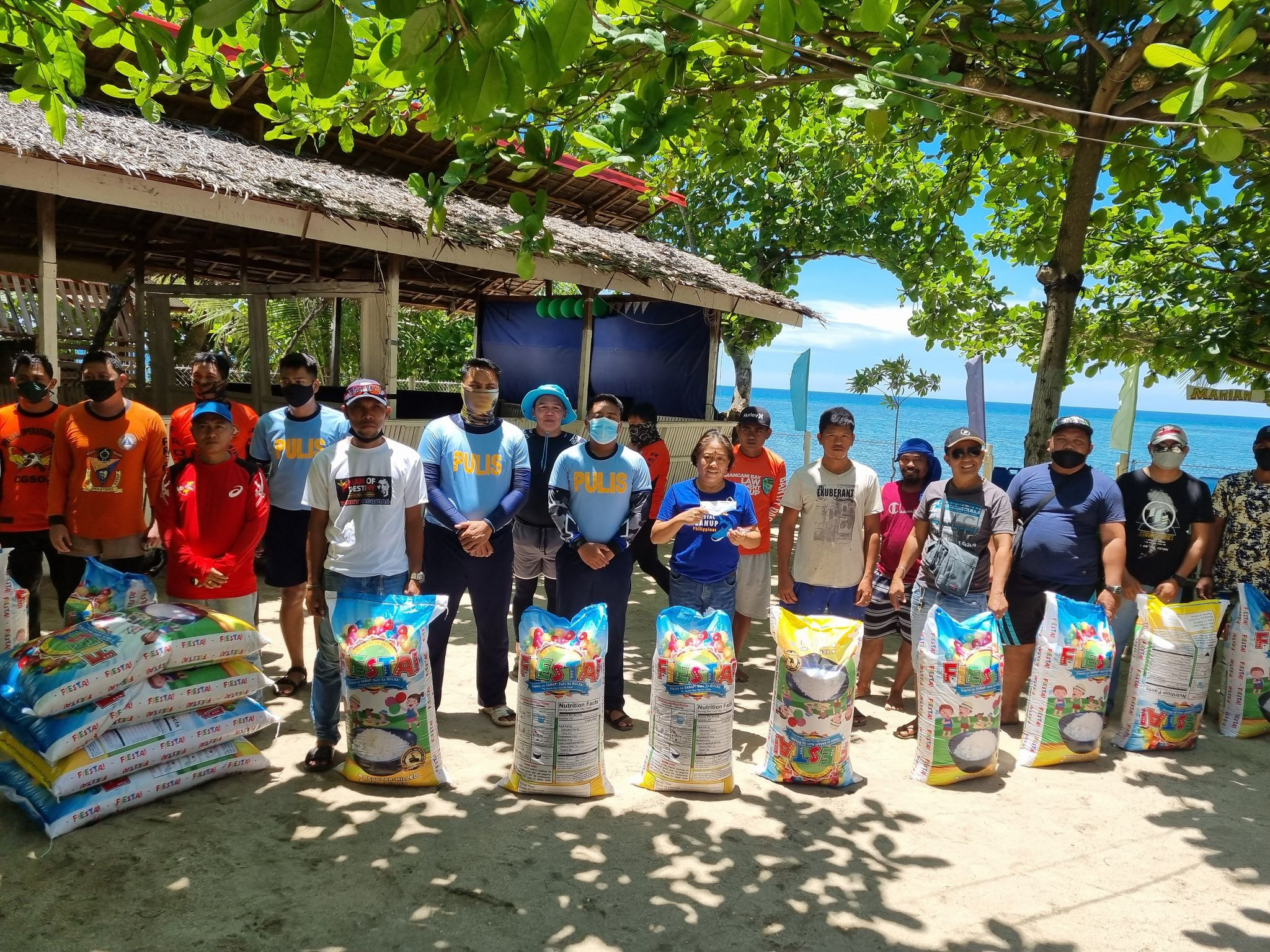 Twenty-two fishermen from Glan, Sarangani recently received rice assistance from the Protected Area Management Office (PAMO) of Sarangani Bay Protected Seascape ( SBPS) after collecting 14, 774 individuals of crown-of-thorns (CTOs) starfish as part of the ongoing activity of the PAMO to eradicate the coral predators in the bay.

SBPS Protected Area Superintendent (PASu) Joy C. Ologuin said that COTs starfish are coral predators that prey the organisms that build up the reef which results to the decline of coral cover.

“We’re happy that our communities are cooperating with us and they understand the role that they’re playing in conserving our resources,” PASu Ologuin

She said that under their “Dap-ag palit Bugas” program, they are giving 25 kilograms of rice for every 500 collected COTs. “Actually some of them are collecting even without the benefit of their program,” she added.

The distribution of rice was conducted during the celebration of World Water Day with the simultaneous COT collection participated by the Maritime Police, Coastguard, and local government unit of Glan which resulted to only 512 collected COTs.

Sarangani Provincial Environment and Natural Resources Officer Maria Elvira V. Lumayag said “We are seeing progress here. Hopefully before this year ends, we are able to control the number of COTs in the SBPS.”

It can be recalled that COT outbreak was observed on October 2021 and the collection activities recorded a total of 116, 000 individuals to date. The Dap-ag palit bugas program reached more than a hundred families in areas infested by COT starfish. | With report and photos from PAMO-SBPS