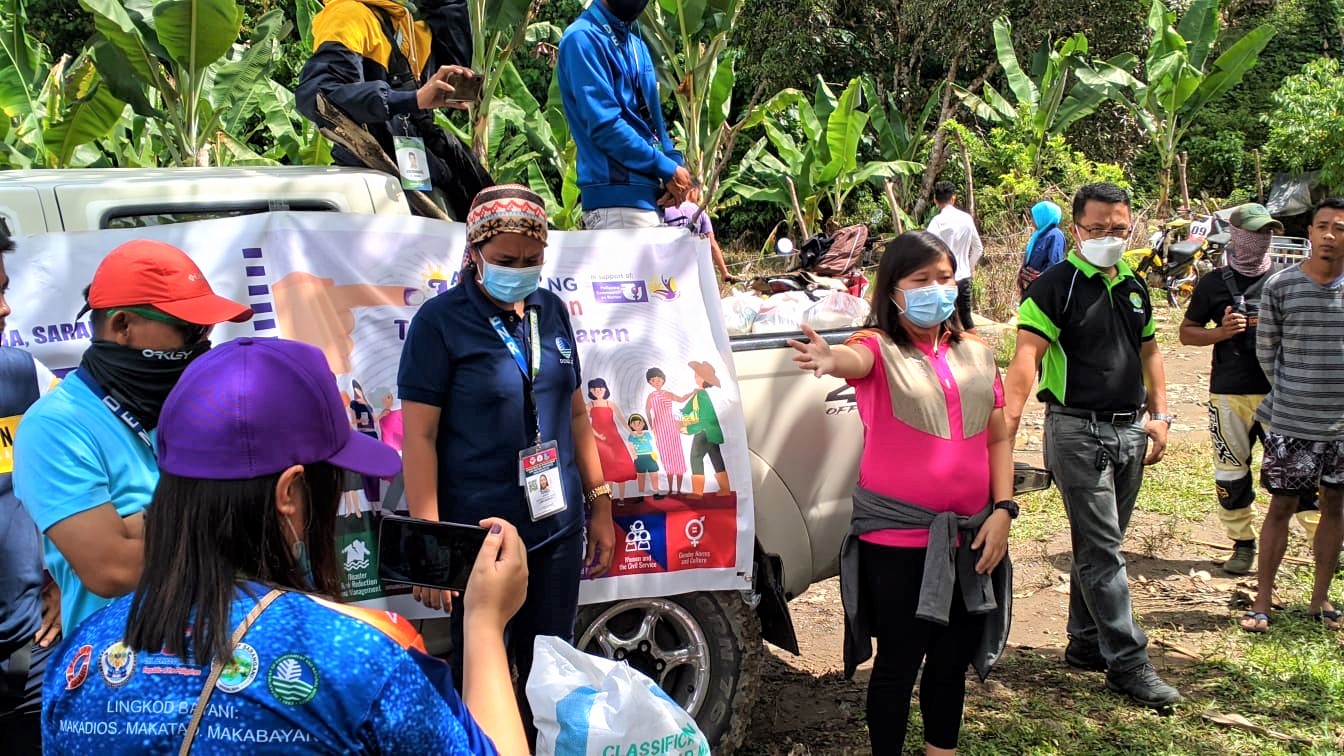 Seventy-five households who were affected by the flash floods at Sitio Sugpang, Barangay Upo, Maitum, Sarangani received food packs and donated clothes from CENRO Kiamba and PENRO Sarangani during their outreach activity on March 25.

Engr. Evanly W. Kusin, CENRO Kiamba Gender and Development focal person, said “We thought of extending help to these flood victims on these trying times as most of them are lactating mothers and children.”

Barangay Kagawad Aljon Lumbos expressed his gratitude and appreciation to the DENR for providing assistance in their community.

He said that “Despite the losses, we are still glad that there were no casualties during the calamity.”

According to the residents, five houses were swept away by the flood, while planted crops like corn, coconut and bananas were devastated by the disaster.

CENR Officer Abdul D. Cariga emphasized to the residents the importance of trees and the damaging effects of natural disasters like the flash floods.

He said that flash floods can be prevented by protecting and conserving the forests from denudation and deforestation like the slash-and-burn farming or “kaingin”. “

We encourage you to plant trees and help us in curbing timber poaching. The overflow of Kalaong River should have been prevented if there are enough trees to hold the soil and absorb water,” he said.

CENRO Kiamba also promoted the awareness of environmental protection during the activity to avoid similar incidents in the future,” | With report and photos from ADTenio, CENRO Kiamba IO Designate