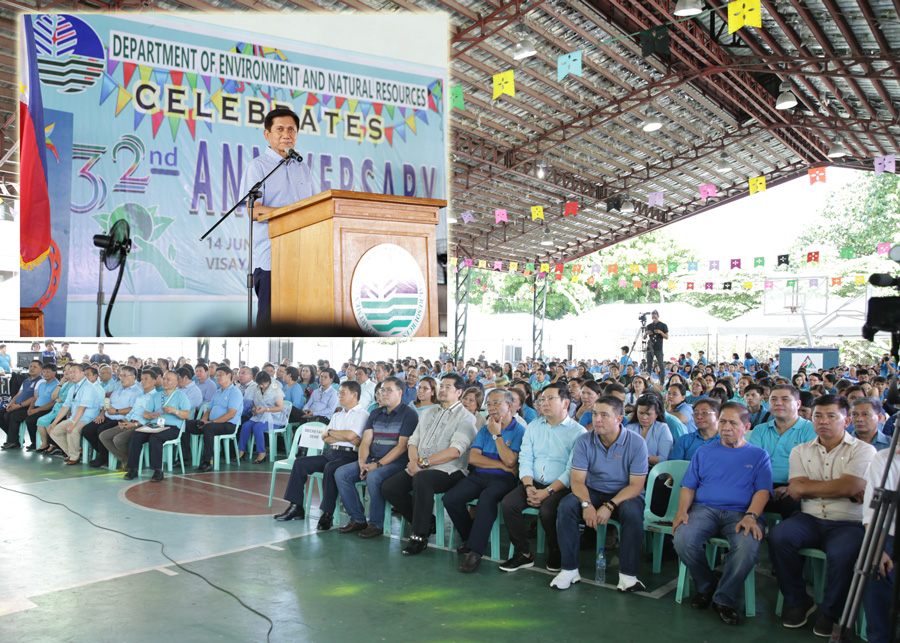 Environment Secretary Roy A. Cimatugives credit to the entire workforce of the Department of Environment and Natural Resources (DENR) for the agency’s major achievements during the DENR’s 32nd anniversary celebration held Friday in Quezon City. Cimatusaid to his official family thattheir “knowledge, hardwork and perseverance led to the successful rehabilitation efforts in Boracay and Manila Bay and the return of the illegal waste to Canada.”He also said that no other time in the agency’s history since its creation in 1987 has the DENR been entrusted with responsibilities as heavy as now. ###