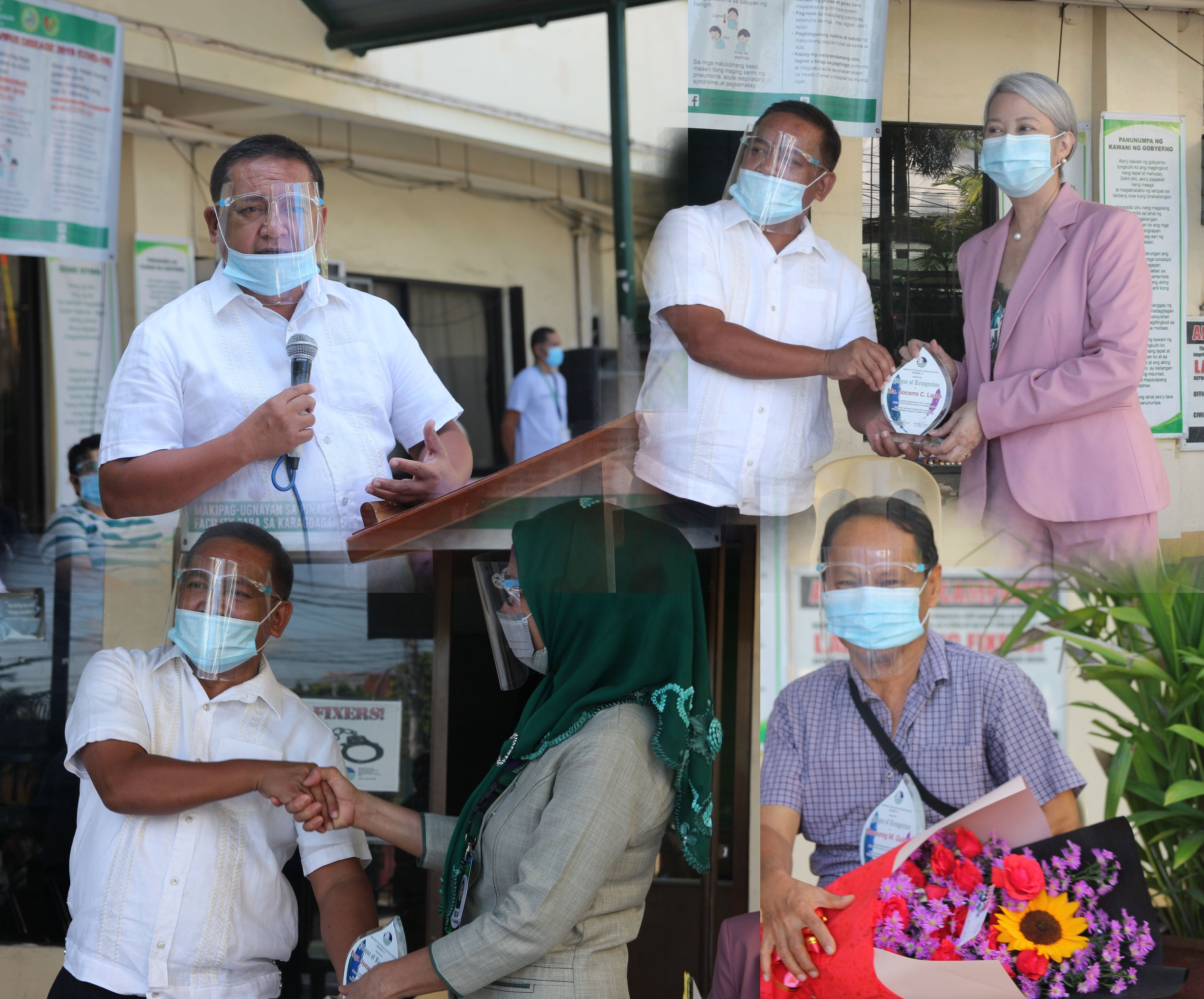 The DENR “Salamat, Mabuhay!” Program, which was hosted by Administrative Division yesterday, August 24, at the DENR-12 Quadrangle, honored this year’s retirees for their big contribution in public service. 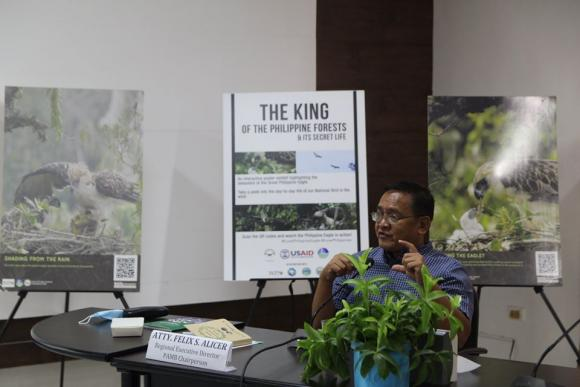 KORONADAL CITY. To ensure smooth implementation of programs, activities and projects under the 2020 Work and Financial Plan on the management, protection and compliance to Expanded National Integrated Protected Areas (ENIPAS) Act of 2018, the Department of Environment and Natural Resources (DENR) Region 12 has conducted its first Protected Area Superintendent (PASu) Conference on Wednesday, June 24 at the agency’s function hall, here.

PASu has a vital role to sustain the richness and beauty of the protected areas (PAs) across the Socssksargen Region, according to Engr. Mama G. Samaon, DENR-12 assistant regional director for technical services.

In his message, DENR-12 Regional Executive Director and Protected Area Management Board chair, Atty. Felix S. Alicer called for the conference to ensure every major players in environmental protection would know and perform their duties and for smooth implementation of all projects in five PAs to be enforced this year.

“I requested this kind of forum because I give importance to the duties and responsibilities of our different protected areas superintendents for they play a very crucial role, we are also looking into the development, milestones that conform the ENIPAS Act, and issues and concerns that need to be addressed through this PASu conference.” Atty. Alicer said.

He said he will also see to it through the assistance of the Conservation Development Division (CDD) that each PASus shall conduct separate meetings to give equal attention for each PAs toward management and conservation, and made it a point to conduct PASu conferences by semesters.

Meanwhile, CDD chief, Rosalinda B. Cortez, PhD., presented the rationale and expectations of the conference.

She also lauded the participants for the face-to-face attendance, and Regional Office division heads, Provincial/Community Environment and Natural Resources Offices PENROs/CENROs who joined via Zoom teleconference.

With the conference, RED Alicer foresees a successful implementation of environment protection programs in the Soccsksargen region “whose implementers have to do the jobs under the new normal condition.” # # #

NEWS FROM THE FIELD - CENRO KIAMBA | Wounded whale rescued, returned to the sea by rescuers 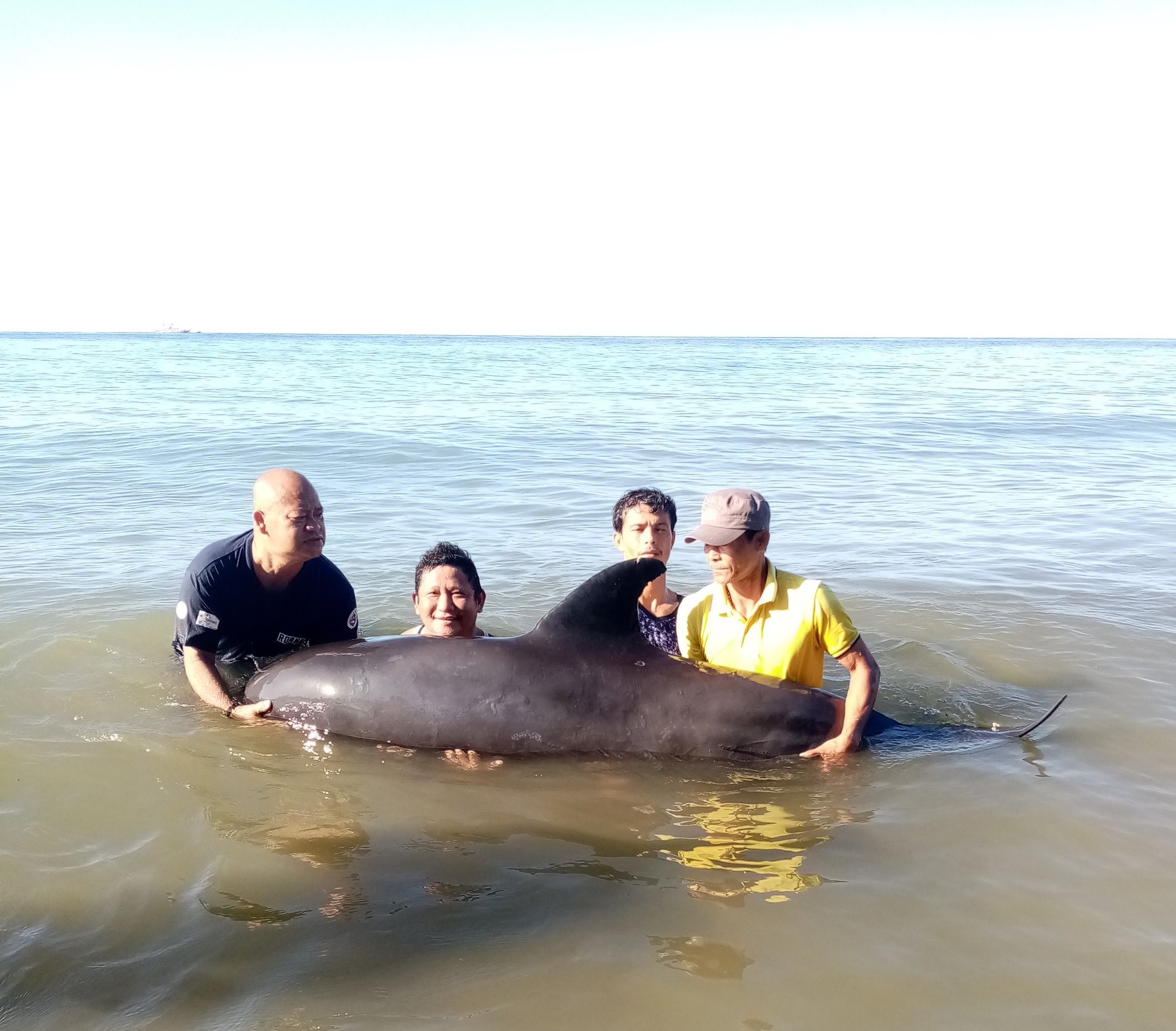 “We thought that they were dolphins, just swimming around. Dolphins are commonly seen here. Later on, a couple of whale swam ashore but left the wounded one,” they said.

“It’s like it left the wounded whale so the villagers can extend help,” they added.

Personnel of the Community Environment and Natural Resources Office (CENRO) of Kiamba and representatives of the municipal government immediately acted to give necessary treatment to the mammal.

Initial inspection showed a one-inch of wound near the fin and scratches in its snout.

It weighs more than 130 kilograms and an estimated body length of more than 2 meters.

“If this whale needs more treatment, we can seek help from our medical team, besides, Dr. Roy is also on his way here”, Velasco said referring to the Provincial Veterinarian, Dr. Roy Mejorada.

Meanwhile, the Bureau of Fisheries and Aquatic Resources (BFAR) representatives examined any possibility of dynamite fishing incident as it can cause acoustic trauma to mammals in the sea.

Marine wildlife experts believed that the whale may have encountered a Cookiecutter shark causing the injuries.

After more than three hours of observation, the wounded whale headed its way back to the sea.

The rescue team believed that the whale has regained its strength.

The CENR Officer of Kiamba, Dr. Ali M. Hadjinasser assured the public that the environment laws are effectively enforced in the areas of Kiamba, Maitum and Maasim (MAKIMA), Sarangani with the support from Multi-Sectoral Environmental Protection and Enforcement Task Force of MAKIMA, Sarangani.

“We’re glad to receive reports from the locals on this kind of incident,” he said.

“It means that the community is getting aware and getting more concerned about protecting wildlife especially,” he added.

Sarangani Bay Protected Seascape is rich in coastal and marine life and legislated as one of the protected areas in the county under Republic Act 11038 or the Expanded National Integrated Protected Area System of 2018. (Aileen D. Tenio, IO Designate) | Photos and Information by Maria N. Tubera    # # # 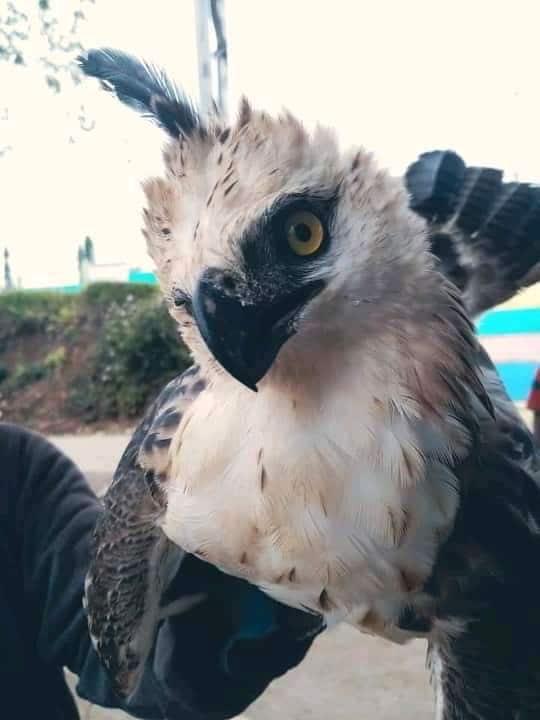 A concerned citizen, Mr. Louige Allan Tutor, and a resident of Brgy. Magkaalam took the initiative, by e-mailing DENR-CENRO Matalam on a posted report from social media about the bird and asked for help to urgently secure the safety of the said raptor.

Conservation Development Section-Chief, For. Rosalie P. Gasmin together with Ecosystem Management Specialist Silver Grace T. Tacuyan and Forest Technician II Winemar Onggona facilitated the turn-over of the juvenile raptor around 8:00 o’clock in the morning and they identified the bird as Pinsker's Hawk-Eagle (Nisaetus pinskeri).

According to Brgy. Kagawad and Committee on Environment Chairman, Rodney Laguna, the custodian of the said raptor, his tenant found a feeble juvenile Pinsker's Hawk-Eagle while harvesting "Tahiti" on March 6, 2020.

For the meantime, Mr. Rodel Largo, a registered CWR holder, is the temporary caretaker of the raptor, while it is still recovering before it will be release back to the wild.

The Pinsker's Hawk-Eagle is an endemic species found in the Philippines and known to thrive in subtropical or tropical moist lowland forests and it is considered threatened because of the gradual loss of its habitat due to man's activities and other threats. # # # 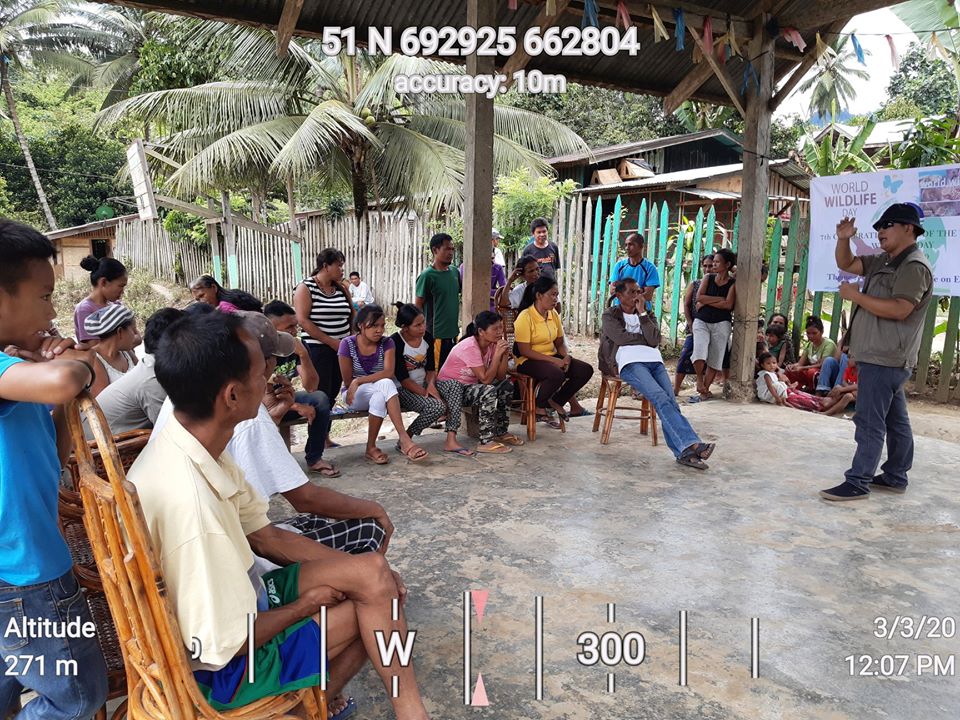 The said activity aims to highlight and promote the preservation of endangered species, this year’s World Wildlife Day carries the theme: “Sustaining Life on Earth”.

This initiative manifests CENRO Kiamba’s support on the efforts of the local government officials of Sarangani Province to protect the wildlife habitat in areas within Mt. Busa range.

Forester Jerric Labor, head of CENRO Kiamba-Conservation and Development Section, led the Information and Education IEC campaign to increase awareness on wildlife among the locals of Sitio Kapanal, Barangay Gasi, Kiamba of the said province.

“To respond to challenges in protecting our natural resources, we are one with you in ensuring that the 44, 000 hectares of forests is protected,” Forester Labor said.

“It is our responsibility to protect our endangered species for it has vital roles for a balance ecosystem,” he added.

Meanwhile, endanger bird species has part in protecting the forest which also needs protection, birds carry plant seeds from other areas and bring it to Mt. Busa, which turns out to be a natural way of tree planting.

Further, residents revealed to the environment officials that they regularly spotted “Sarangani Pride,” the Philippine Eagle that resides in the forests of Maasim, Kiamba and Maitum.
Also, boars and other wild animals thrive in the forests of Barangay Gasi.

“I hope these will not end up as food in our tables”, Labor said, referring to boars and other animals that could be targeted for food.

On the other hand, Forester Ali M. Hadjinasser, Kiamba CENR Officer, reminded residents that a law prohibits the cutting of trees, especially the naturally grown.

The same law which also allows cutting of privately planted trees but it also needs clearance from DENR.

The DENR also recognizes the roles played by one of its partners, the residents of Sitio Kapanal, Barangay Gasi, Kiamba who are members of Kapanal Tribal Multi-purpose Association under the Community Based Forest Management Agreement (CBFMA, who are very much active of the department’s National Greening Program NGP.

DENR strongly believed that the active participation of the local residents is one of the key factors in protecting and sustaining endangered wildlife species and its habitats in Sarangani Province. (Aileen D. Tenio, Information Officer Designate) | Photos by: Meralie O. Oringin   # # #